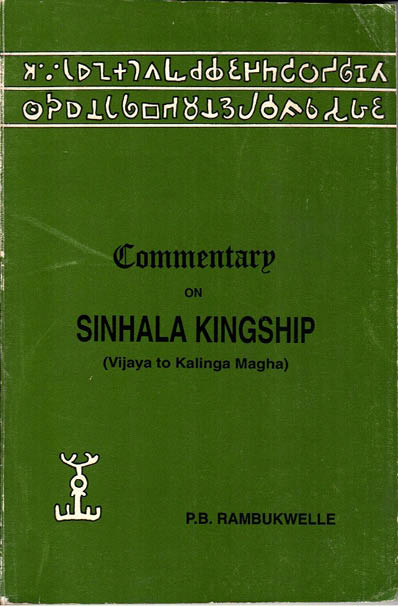 1. Vijaya to Mahasena, in which the dominant attribute of kingship was gamani, which is described as a populist and consensual character emerging out of ancient gamas.
2. From Mahasena to Mahanama, when the Bodhisatva ideal was infused into kingship
3. From Mahanama to Manavamma, when military force was the true sanction behind kingship, and designated as senasammata.
4.From Manavamma to Mahinda V – The sena or the warrior period of kingship. During this period the expansionist agendas of the Pallavas, Cholas and Srivijayans necessitated the the warrior stance for survival.
5. From Chola-mandalam to Parakramabahu I – Emergence of Chakravarti.

Britain’s Folly : The lesson of Ceylon

Economic Consequences of the Devolution Package

The Temporal and Spiritual Conquest of Ceylon